The Collie region and town site is located in the South West of Western Australia.

For bookings contact 0457 912 296 and leave a message or contact us via facebook messenger.
Please note due to lack on volunteers to open, we will now be closed for the cooler months.

(Weekends only-Please Note: a minimum notice of 72 hours is required for group bookings of 6 people or more for dine-in, to ensure we have our unpaid volunteers available and a set selected menu provided).

Entry fee is $2 per person
Children under 6 yrs free entry.

With a history steeped in timber milling and coal mining, rail transport is an important feature of Collie's heritage and still plays an important role today.

In keeping with this heritage, one of the major aims of The Collie Railway Station Group was to rebuild the Collie town site railway station.

We will also pursue associated and other projects in an effort to promote the tourism potential and the traditional heritage of the town.

The Collie Railway Station Group was formed on 11/05/99 in response to community demands for the rebuilding of the railway station which had been demolished in 1977. The group was incorporated in August 1999. The rebuild was completed by 24 April 2004.

The Collie Railway Station is solely run by unpaid Volunteers in the Museum and Cafe` sections of the station.

Prior to the formation of the Collie Railway Station Group, the first project undertaken in the Collie town centre for many years was the renovation of the 100 year old railways goods shed. The shed was designed by C.Y. O'Connor. The renovations commenced in 1996. This left the overhead railway bridge to be renovated and the railway station to be rebuilt. The goods sheds and the overhead railway bridge are both heritage listed buildings. As the railway station will have to be a new building and hence in a different category from the existing heritage listed buildings a new group was formed to undertake this new project. Many fund raising activities have followed with much success. These successes are attributable to the dedicated efforts of organisers, volunteer members, many local business supporters and the Collie community.

We are proud to be part of the WA Driver Reviver and Coffee Stop Program each year. "Free Coffee for Driver" through WALGA. (www.walga.asn.au) 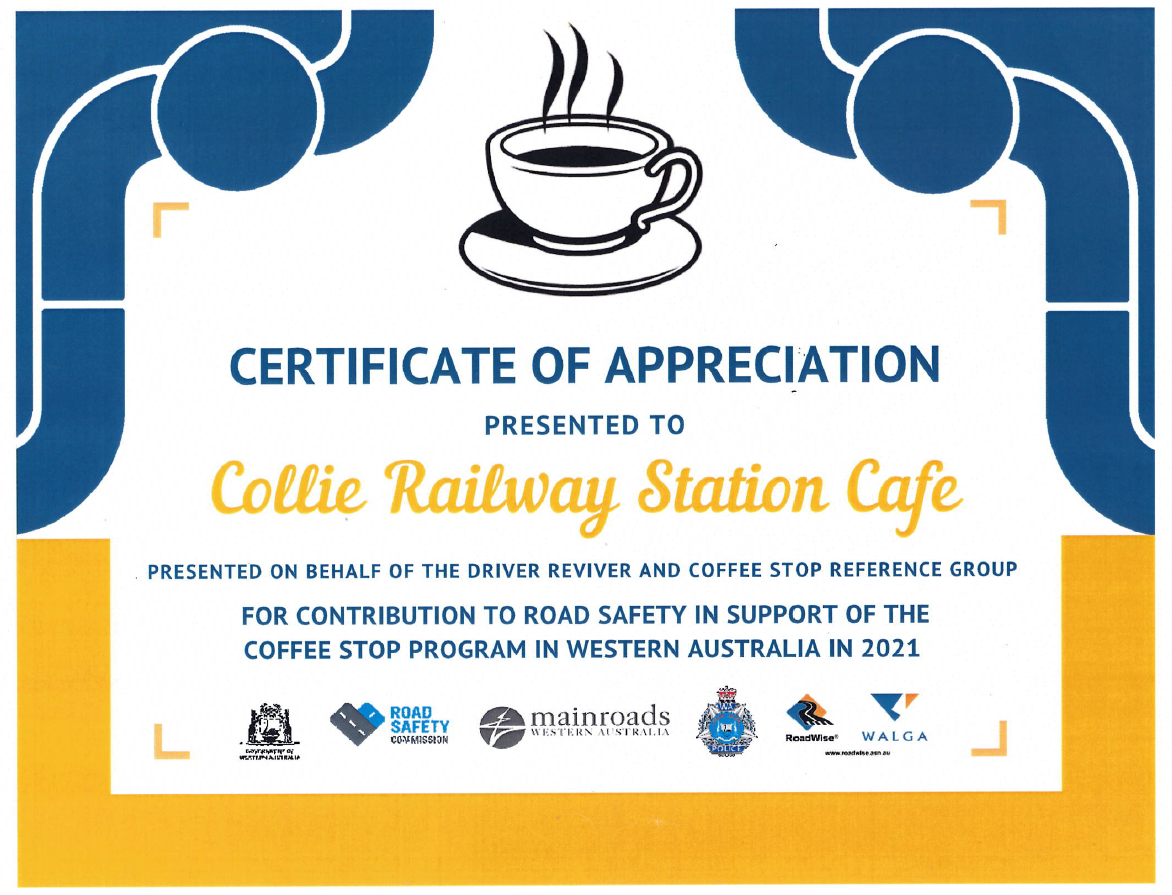 We have Devonshire teas and light lunches on offer. Imported coal figurines and other souvenirs available.

We have a working model railway. 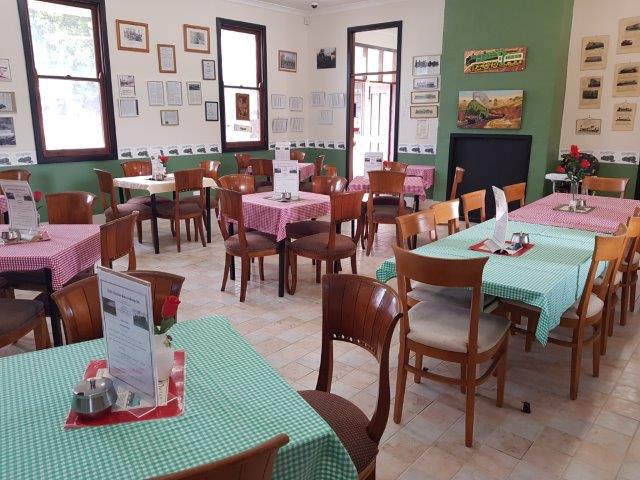 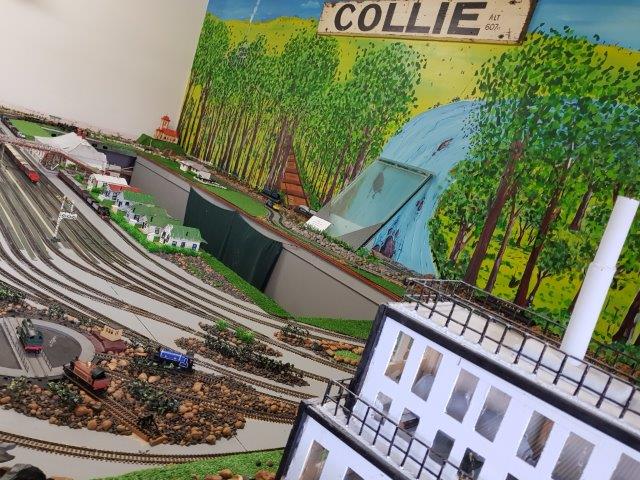 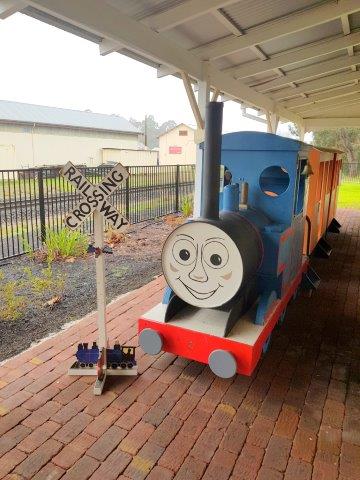 We have a number of local sponsors that support the growth and services of the Collie Railway Station.
Find out our latest updates.......

Find out more about Collie and links to local information.